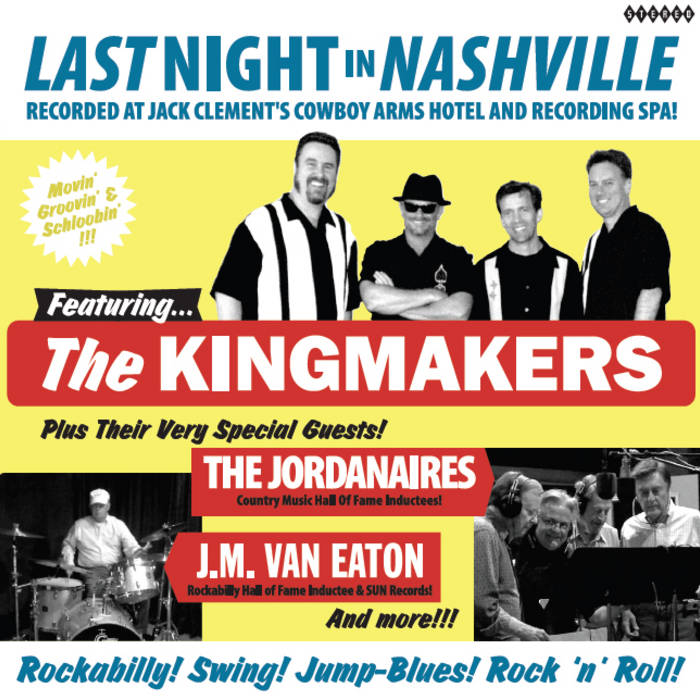 Thanks to everyone in Nashville (named above) plus Deborah Van Eaton, the Muscle Shoals crew, friends and family, everyone who supports live music, and David Pontello for demo drumming.

The Kingmakers are Canada's preeminent rockabilly, jump blues and jive combo. Their latest album was recorded at Hi-Style in Chicago (JD McPherson), and they've recorded albums at historic SUN Studio in Memphis & Cowboy Jack Clement's studio in Nashville with guests The Jordanaires and JM Van Eaton. Their music has been featured in The Vampire Diaries, Dance Moms and hundreds of other TV shows. ... more

Bandcamp Daily  your guide to the world of Bandcamp